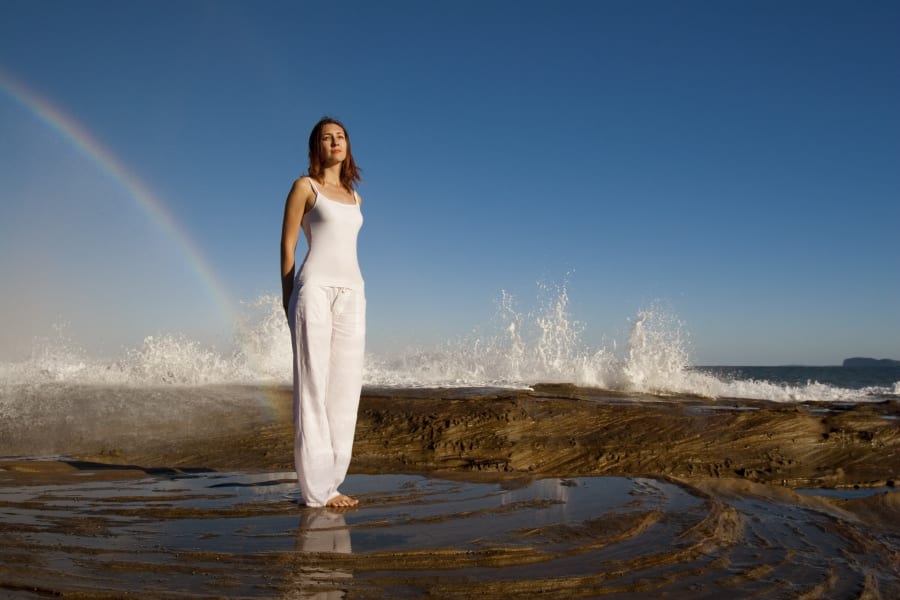 In the brain, a potential stressor is first perceived in the thalamus which relays the sensory information via cortical projections to the pre-frontal cortex. In the pre-frontal cortex the implied stressor is given meaning and is evaluated. The prefrontal lobe works in consort with the limbic system (principle contributors are the amygdala and the hippocampus along with the insular cortex) via prefrontal-limbic connections (1). It is these structures where the consequence of the stressor is realized, related to memories, given emotional significance and if necessary acted upon (5).

If the prefrontal-limbic relay integrates the given information as a stressful situation, then sympathetic activity is relayed to rest of the body by increasing the actions of the HPA (2). When action is required to deal with stressful circumstances, the limbic system takes command of autonomic centers of the hypothalamus and brainstem where nerve and endocrine responses of the sympathoadrenal system begin (5).

When the stress response is initiated the hypothalamus responds by stimulating the pituitary, resulting in a release of hormones by the following psychoneuroendocrine response cascade of the HPA. In the primary response sympathetic preganglionic nerve endings are stimulated resulting in the release of the catecholamines norepinephrine and epinephrine (3, 5). The circulating catecholamines use glycogen stores from the liver in order to produce glucose, to provide a quick energy source for a “fight or flight” situation (3, 5). Metabolic and motor activities are stimulated and blood flow is increased to the muscles (3, 5 8).

An enhancement of the sympathoadrenal system is provided by adrenal steroid hormones called glucocorticoids. Glucocorticoids are slower in action than catecholamines, providing a secondary endocrine response to stress. These adrenal stress hormones are released via the HPA. The result of this psychoneuroendocrine response cascade results in the release of the adrenocorticoid steroid hormone cortisol. Cortisol is the most prevalent glucocorticoid released by the adrenal gland (4). It is a neuromodulatory hormone which either enhances or inhibits the response of neurons to neurotransmitters (4). The cells of the zona fasciculuta in the adrenal cortex produce cortisol. This hormone helps the body maintain homeostasis by metabolizing carbohydrates, lipids, and proteins. In response to stress, it aids in the uptake of glucose in order to provide energy for the body to deal with stressors (3).

Glucocorticoid production is regulated by pituitary adrenocorticotropin (ACTH), whose release is controlled by corticotrophin releasing hormone (CRH) from the hypothalamus. When stress is realized, CRH is released from the hypothalamus into the specialized portal circulation of the pituitary stalk (3, 5). CRH causes ACTH to be released into the blood stream. In turn cortisol production and its release from the adrenal cortex is increased (3, 5)

The HPA axis is a major contributor to the connection of long term psychosocial stress to having negative effects on psychological as well as somatic health (3, 5). The long-term effects of elevated cortisol levels can be detrimental to the health of all body systems (3, 5, 7). Cortisol has been found to be the primary mediator of allostatic load in humans. This load is characterized by the collective physiological toll experienced by the body due to adaptaptation to life’s stressors. (5, 6).

If cortisol levels remain high in the body due to a chronic stress response, exhaustion occurs in the body. Negative feedback to the hypothalamus is continuous, resulting in the constant release of stress hormones (7). Glucose is inhibited from entering the muscles causing a hindrance of adenine tri-phosphate (ATP) to efficiently synthesize proteins. The eventual ramifications of a prolonged state of hypercortisolism may be counterproductive to the healing process. Continuous stress in experimental results found by Selye (1976) when stress is continuous resulted in muscle wasting, hyperglycemia, atrophy of the immune system, vascular derangement, along with a breakdown of fat stores.

The fact that cortisol levels are increased as a result of both physiological as well as psychological stress demonstrates how stress can be one of the etiologies responsible for a number of ailments including temporomandibular joint dysfunction (TMD). Korzun (2002) found that daytime levels of cortisol have been found to be much higher in people who suffer from chronic facial pain as compared to those who suffered from depression and fibromyalgia. The presence of raised cortisol levels in chronic facial pain sufferers may demonstrate that TMD sufferers have a high susceptibility to abnormalities in stress hormone responses that result in elevated cortisol levels (4). Whether somatic (the body’s) structures are the cause of stress, or if stress stems from psychological issues that in turn act on the somatic structures seems to be irrelevant to the process of the stress response. The cause and effect stress response cycle often expresses itself as symptoms in both aspects.

We are simply a result of how these chemical reactions take place. It is important that we can break these cycles of negative thoughts that may keep us from a state of homeostasis. When faced with an onslaught of negativity it is best to try to remove ourselves from the situation or depressor and breathe deeply to counteract the sympathetic (fight or flight) nervous response. We must try our best to think positive and surround ourselves with good things that make us smile in the face of difficulties. Some of us will find solace in meditation, working out, or stretching our bodies. This is also an example of “you are what you eat”. What we put into our bodies affects how we feel both physically and mentally. All of these are examples of how the physical can affect the mental and vice versa.